We got home from Israel less than a week before Adiel's first birthday. I thought for a second to just let it go, and maybe eat out with daddy and her and let her blow out a candle on the restaurant's slice of cake to celebrate. She will not remember, I had no time to prepare and invite, and I certainly did not want to spend a lot of money. But the truth is I do want her to know and see how special that day was to us. So, I decided to invite a few friends and neighbors to a cake and sweets party, and take a couple of easy DIY decorating projects.
This is Adieli's first birthday and rainbow party: 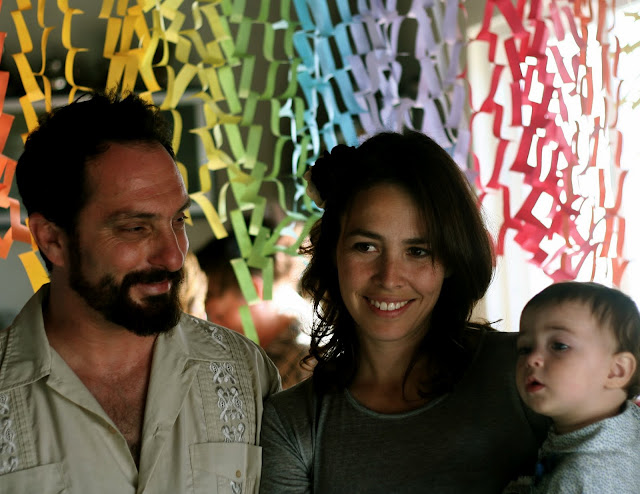 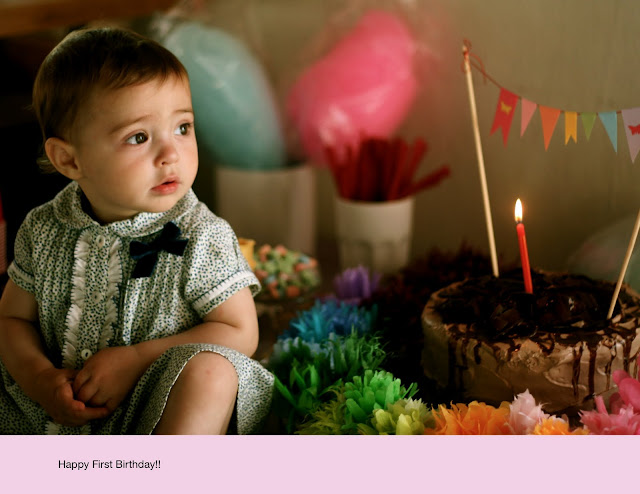 I got her cake at a local bakery that we love and prepared an ice cream buffet with fruits and goodies. I also got cookies and lots of candy. Luckily for everyone there, Uri thought of serving margaritas and those were a big hit too. 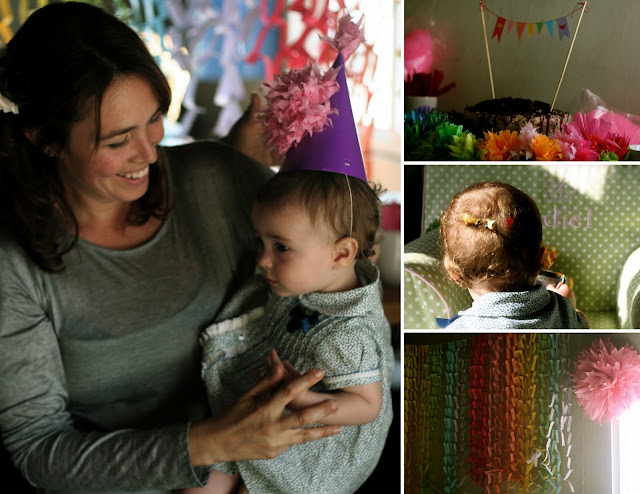 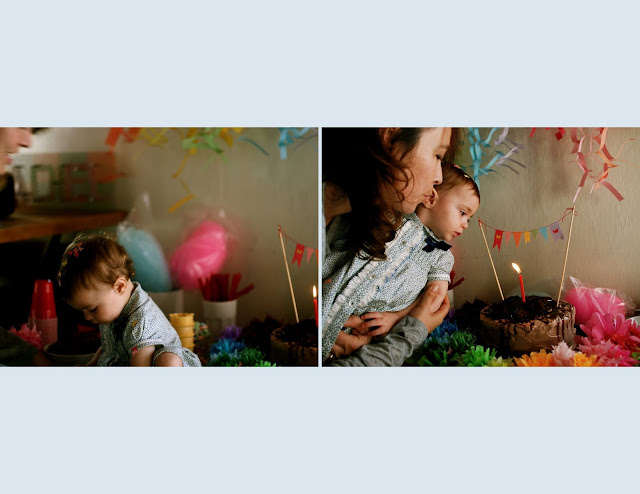 For the decorations, I did a rainbow paper curtain (idea from here), some tissue paper pom poms, lots of paper flowers to decorate the cake (tutorial here), a rainbow paper garland, her pom pom birthday hat (another idea here), rainbow butterfly confetti, the mini garland cake top, and I bought and hung a "Felicidades" (Congratulations) garland and a bunch of balloons for the balcony.  It sounds like a lot, but everything was pretty easy to make (and I got a little help from my friends!).
Here she is with her uncle: 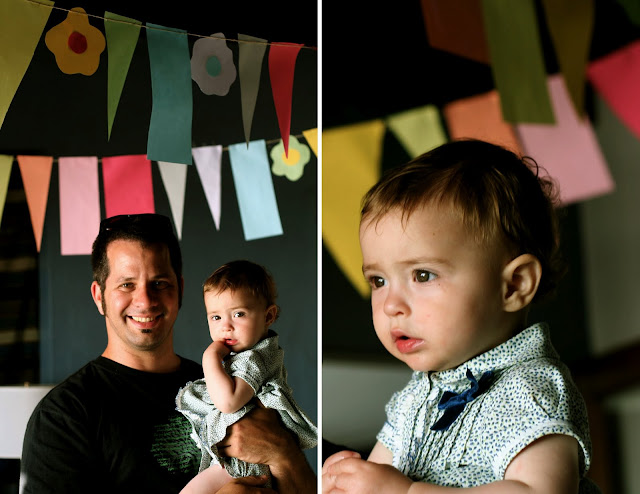 We sang Happy Birthday to her in her three languages and then I served her a big piece of cake that she absolutely loved. 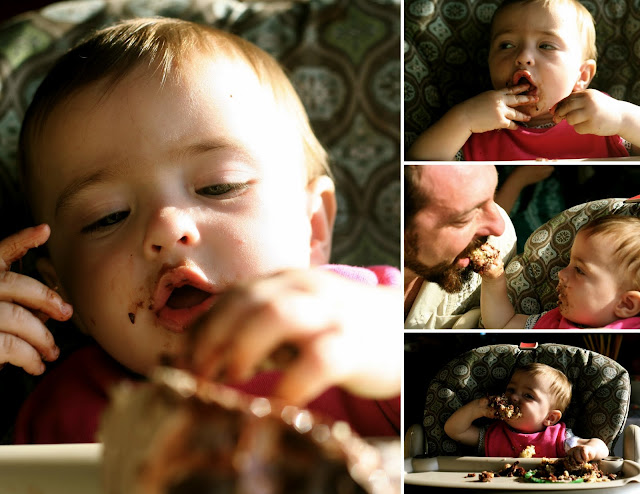 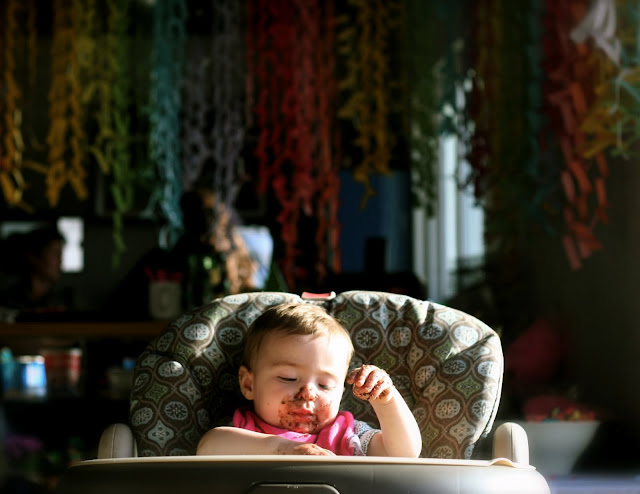 It was a beautiful day and we had a good time. 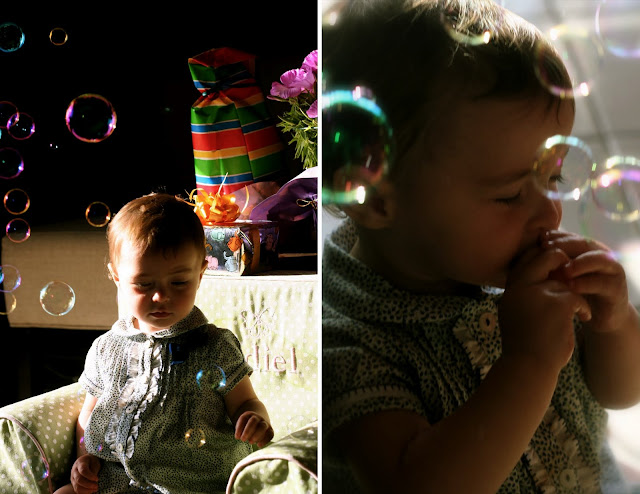 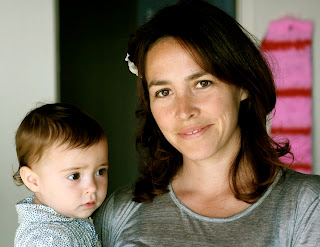 Show me some birthday pictures!
Until soon,
Mercedes
Posted by Marbuch at 9:31 PM

We are 5 mamas that came from far away lands to the same place and with one purpose: to give birth to our baby girls, the journey sisters!
Read our story